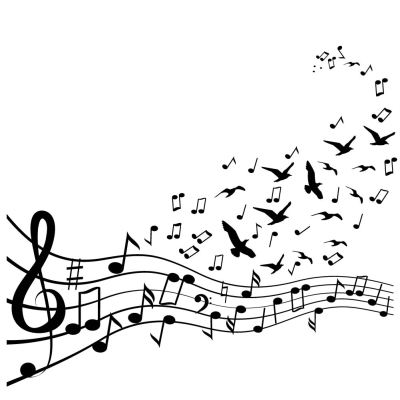 James was not pleased.

No, not pleased did not encompass the range of emotions that were flooding into his mind at the moment. He was confused at the range of issues he was being forced to face. Any one of them individually was enough to cause him significant disquiet, inconvenience, even re-appraisal of his core values. But, taken together, which was the basic issue he could not evade, the whole situation was, well, nothing short of devastating.

All his life he had avoided conflict, sought peace, desired tranquillity; in short, he had strived for harmony.

But now all of the main elements, his most trusted beliefs, the very foundations of his life were in upheaval. But the cruellest twist of the whole situation was that these separate fundamental elements of his life that had formed the very roots of his harmonious existence were fundamentally and indivisibly, now in conflict.

How? Why, had it happened to him?

From his earliest recollections, music had been his life. He had been transfixed the first time he heard the organ in the village church. He had first studied piano at school but switched to violin later and had won a scholarship to the Royal College of Music. There he had flourished and had met Rachel who shared his love of the Baroque period. It was in their final year that they had together formed an ensemble playing the music of Bach, Vivaldi, Corelli, Scarlatti and others.

The ensemble grew in its following as its expertise in the authentic practices of the period began to be recognised. By this time, James and Rachel’s relationship had blossomed and they had moved into a small flat together in London’s Docklands. It was over an equally small, disused shop which, after months of renovation, they re-opened selling CDs, sheet music and period instruments. The little business acquired a steady and growing following amongst the cognoscenti. For ‘legal’ reasons both the flat and the business remained in Rachel’s father’s name.

The ensemble had grown to seven members and had been named The Little Band. They enjoyed regular bookings and had issued their first recording after signing a contract with a small, specialist recording label. Rachel took care of all of the business affairs of the band and the shop and had signed the recording contract.

Recently, she had also begun to take a greater interest in the band’s repertoire, an area that had, from the beginning, been James’. He suspected that much of this interest in the Classical and even later periods was being prompted by Lionel; he had joined The Little Band a year earlier on harpsichord but it had become increasingly clear that his real love was the piano. He had also shown a great deal of interest in Rachel.

A couple of weeks ago, James arrived early at the rehearsal rooms, intending to spend an hour or so on a new arrangement of a piece by Vivaldi. As he climbed the stairs, he could clearly hear the sounds of a Beethoven string quartet. Peeking around the door, he was shocked to see Lionel clearly leading the quartet from the piano. And Rachel, had swapped her viola da gamba for a cello! James was shocked. He crept away to the coffee shop across the street to gather his thoughts.

Once he thought it through, it started to become ominously clear. All the little comments over the last few months from Lionel about their repertoire becoming more ‘progressive’, ‘moving forward’ and ‘maturing into the Classical era’ had been subtle but insistent. Worse, thinking back, James realised that Rachel had never seemed to disagree with Lionel’s opinions. He had never taken any of it too seriously as it was clearly understood that the Baroque was their period and that he, James, led the band. Or so he thought.

He decided not to return to the rehearsal rooms and to attempt to clear his head with a walk instead.

However, the walk merely served to make things worse by raising more questions he was unable to answer. But, back at their flat, worse was still to come.

Much later that evening, Rachel returned. It was immediately apparent that wherever she had been, a liberal amount of alcohol had been available. What followed were the worse minutes of his life. Rachel was leaving him; or rather, he was leaving her as she was giving him a week’s notice to quit the flat. She also announced that he was no longer required, either in the shop, or in the band. The contract she had signed with the recording company gave her sole rights to repertoire, distribution of royalties and choice of band members.

No, she didn’t wish to discuss anything further, Lionel was waiting for her, outside in his car. She was sure that he, like her, wanted to deal with the whole thing in a calm and adult manner, not make a fuss and get his stuff out by the end of the week. With that, she upped and left.

James was numb. All he had ever wanted was harmony in his life.

Now, everything, everything in his life that he had thought he had achieved, lay in ruins.

James paused, then took up his violin.  He then began to play the piece that most encapsulated the myriad feelings that reeled around in his mind, Bach’s monumental D minor, partita #2 for unaccompanied violin.