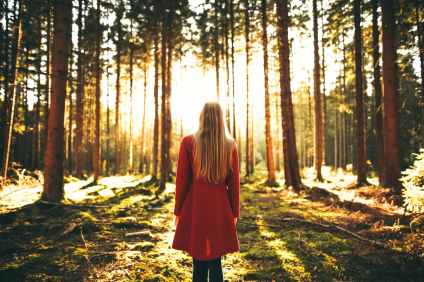 Photo by Tobi on Pexels.com

He had been sitting on the bench looking out across the park when he saw the girl, a student perhaps, she looks young enough, and beautiful in a leggy, coltish way. He watches, transfixed, as she strolls across the grass. She moves between the trees, the sunlight playing on her auburn hair, her hips swaying, her breasts glimpsed gently bouncing as her coat falls open. She seems as free as a forest faun.

He quickly rises and brushes past the people thronging around. Soon he is on a path that will intersect with hers. He pretends to be reading the book he carries, not glancing in her direction. He can sense her pace and adjusts his own to match. He sees her take a path to her left, veering away from him and he cuts across the grass to follow.

Safely behind, he can now watch her calves, captivated by their curve beneath the swirling, silky skirt that shows beneath the coat. There is an air of carefree grace that only the very young and the very beautiful can display so artlessly.

He follows her to the little tearoom that nestles in the clearing and backs onto the denser woods. The sun now low casts a golden glow across the old timbers of the converted cottage. He feels quite confident as she has not seen him. The tearoom has been in the wood forever (or so it seems) but has been recently refurbished in that shabby-chic, country style that is becoming so popular. The girl sits on an old leather sofa in the corner and, as he takes a table in the opposite corner, he hears her order green tea.

There is Indian music playing quietly in the background, he thinks. The strange Eastern melodies of a sitar weave in and around the changing rhythms of the tabla, creating a mystical, dreamlike effect.

She sips her tea, closes her eyes and, assuming the Eastern meditative position, begins to sway gently with the rhythms. Seen so close now, she is so beautiful, like no-one he has ever seen. Time ceases to have relevance for him and he loses himself in the reality of her.

Suddenly, he realises the music has stopped and her position has changed.

The girl sits very still in the corner and wraps her coat around her knees. The way she tucks her ankles up against her bottom captivates him. The way her fingers flutter through the space around her. Each thing, each aspect of her, he hopes never to forget.

He sees her open her eyes, finish her tea, rise and leave the building. She is making her way to a path that will take her deeper into the woods, deeper into the falling dusk. He quickly rises, intending to leave payment for his own coffee, but realising he has no change, leaves far too large a tip, tucking a note under the cup.

He follows. She is perfect, everything he could ever dream of.

Now, much later, with night hard upon him, he is anxious to leave the area and briskly makes his way to the station. He looks at the destination board. He tries to find a train that is arriving soon. It doesn’t matter where it goes. He must just leave, melt back into the countryside, a town, a city. Anywhere. He looks around. He can’t see security cameras but he knows that means nothing, technology is everywhere.

He paces back and forth, his frustration and fear growing by the minute. He tries to block out the events of the day but today is a day that cannot be forgotten.

He tries so hard to forget the girl, but that is the problem; he wants to remember everything.

He tells himself, he hadn’t meant to harm her.