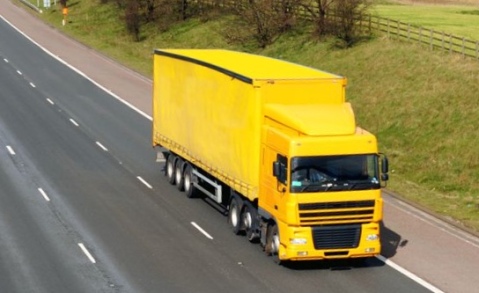 It was turning into one of those days. He’d had a bad night; bloody bladder was playing up and he’d been up three times. At 4.30am, desperate enough to slash his wrists, he’d turned on the light to read. Reading always made him tired and it seemed the best thing. A loud grunt and a sharp dig in his ribs and he realised that reading probably wasn’t going to help matters.

At 5.30 he decided to give up and slid quietly out of bed, pulled on his dressing gown and went downstairs to make himself a coffee. Quietly opening the kitchen door, he felt something soft and squelchy underfoot and, before he could stop, he slid and found himself sitting on whatever it was. Switching on the light he discovered the remains of a pigeon with its blood and guts spread about on the lino. Perched on his favourite spot on the boiler, he saw Baldwin, the cat, gazing imperiously down at him, whilst cleaning his face.

He set about cleaning up the mess, then realised that he still had half of the wretched bird’s entrails plastered over his backside. Going back upstairs to shower and change was out of the question, as was sitting anywhere in his pyjamas or dressing gown. He had to settle for a still damp sweater and pair of jeans he found in the ironing basket.

Shivering, he sat sipping his first coffee of the day, waiting for the heating to come on. Looking up, he could swear that Baldwin was smirking. He knew better than to attempt to admonish the cat; the best outcome he could expect was a badly clawed hand. Meanwhile, he was bracing himself for the onslaught he knew to expect when the Virgin Mary came down for breakfast. Whatever happened in the house, whatever went wrong, he knew that it would be determined, instantly and unequivocally, that he was at fault.

He realised that he was hungry but a quick search of the kitchen revealed crockery and pans were still in the dishwasher. He knew full well, if he attempted to empty the dishwasher, the noise would bring the vengeance of the gods down on him. And if he quietly removed just what he needed for a fryup, then the depths of his selfishness and thoughtlessness would be laid bare, examined in vast detail, from every conceivable angle and raked over for the next week. Burnt now or scalded later? He decided to make do with a biscuit.

When Mavis finally descended, it was clear that an early frost had settled, an aloof chill was the order of the day and his instructions were handed to him, in copperplate longhand on the back of an envelope.

Instructions for the day

Clean up your filthy mess, put your washing on, the cat flap needs a lock, the car needs taxing (think it needs an MOT soon too), there’s a few bills need paying, and so it went on for a few more lines ……………

Ah, yes, Monday was Mavis’s book club meeting. Then no doubt she’d be off for a coffee with the others or lunch with one of her girlfriends. And then no doubt a spot of shopping!

It never used to be like this. Mavis and he used to be so close. They’d spent years talking about how nice it would be once he retired, all the things they could do together, once all his long hours stopped. But somehow it hadn’t quite worked out that way.

He switched on the PC thinking he’d get the car tax out of the way. The bloody internet signal was down! Bloody hell! He tried switching the PC and the router off and on again. They always asked you if you’d done that. It made no difference though; still no signal.

It’s no good, I’ll have to ring them, he thought.

“All of our colleagues are busy at present. Please hold the line and we’ll be with you shortly. Your call is important to us”. After half an hour of these repeated messages, he’d nearly lost the will to live and gave up.

Ah, well he thought, I’ll pop down the post office and tax the car there. Mavis had left him the form but then he couldn’t find the log book anywhere! After a great hunt, he found where Mavis had filed the log book (in with last year’s Christmas cards). He then realised that he couldn’t tax the damn thing anyway as it obviously hadn’t been MOT’d yet!

God! Life had been so simple when he was on the trucks. On his own in the cab, no one to bother him. He used to like the driving, especially the longer runs up to Newcastle or Edinburgh, used to stay overnight. Like a lot of the drivers, he mostly slept in the cab, parked up in a layby somewhere. But sometimes, when he could organise it, he used to stay in a nice little B & B, down one of the local pubs for a meal and a couple of pints. Good book to keep him company.

He had worked all the hours he could get; they needed the money. As he was away so much, Mavis used to take care of all the household things. He had longed to be able to put his feet up when he retired. See some of his old mates more often. Except it hadn’t worked out like that. Mavis had made it clear that she thought it was his turn to ‘look after things’.

The fellas at work had always said that once you’d retired, it’d all be downhill! Coasting along.

Well, it’s not! It’s bloody well all uphill and it gets steeper every day!