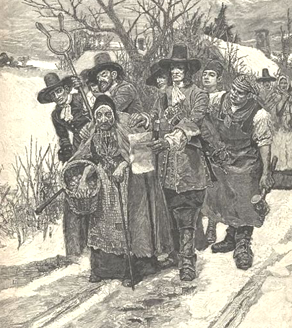 It was a golden Autumn. The barns were bursting with corn and hay; the animals were fat and fecund and the apple presses were busy squeezing out a jolly Christmas, when into the village strode Harlequin. He wore his patchwork clothes and feathered hat as he did his weathered olive skin: as though he had no choice. His brown eyes twinkled under his bushy brows and seemed to laugh with secret wisdom. The spell he bore was total; all succumbed. Children flocked to his knee, food was brought and drink a-plenty. He never worked, slept cheerfully in the barns and woke when the cock crowed. At night he joined the menfolk, played his mandolin and sang for his supper. The evenings glowed with merry-making, cider and song.

And so it continued, all through the warm, mellow days until the first bites of frost. The villagers were entranced: so lost in the spell that they forgot their duties. Winds blew some shingles loose from a barn roof but it didn’t seem to matter greatly. There was food and drink and the animals were still milked. The barn could be fixed tomorrow, or the day after.

There came another visitor with a stranger name even than Harlequin. Her name was Claviceps. She came through the roof of the barn and hid among the rye, flourishing in the warmth and the damp. Soon, every grain of rye would carry a little of her offspring; just enough to remain unnoticed.

Perhaps Harlequin knew, for one day he was gone and the village was bereft. They searched for him and called his name but there was no answer. Their world seemed cold and empty and their hearts were heavy but the spell was broken. They saw their fields untilled and put their horses and oxen to the plough, they mended the barn roof, they fed some rye to the animals and some they milled into flour.

All this time Claviceps had been hiding. Now was her time. It seemed strange and sad that the pregnant cows lost so many calves. Perhaps it was a disease; who could say? But it would be hard for the village, who relied on the new calves for food and for money at the market.

And Claviceps had only started. The flour was made into bread. It was the staple food and great amounts were eaten. Some saw fire in the sky. Some saw elves and goblins sitting in the lane. Some saw their neighbours with animal’s heads. They rushed out of their houses and howled to see the heavens opened and fire rain down on them, burning their skin but leaving it unharmed.

It must be one of their number. Surely one of them was the witch who brought this madness. Old Meg knew about herbs so it must be her. Someone said they had seen her flying in the sky. It was enough. Hang her.

Claviceps purpurea is commonly known as ergot: a fungus that grows on rye and related plants. It is especially prevalent in warm, damp autumns and is a powerful hallucinogen that causes dreadful physical symptoms in the long term. There is some evidence that the incidence of reported witchcraft in rye-growing regions correlates with periods when autumns were mild and damp, although spite, jealousy and other social factors undoubtedly played a part.