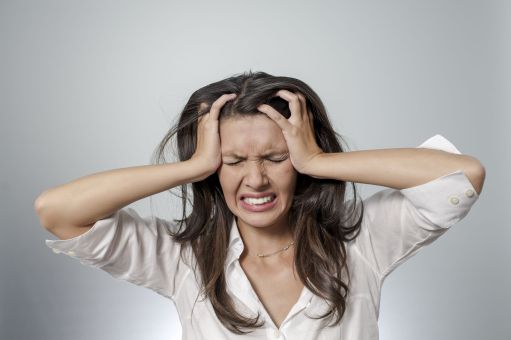 I was lying on my right side on a bed in an A&E cubicle, in the foetal position, eyes screwed tight shut against the glaring lights, the gown open to expose my back. The doctor leant over and asked if it was alright for the trainee doctor to carry out the lumbar puncture I needed. In the state I was in I had neither the energy or the where with all to argue.

Just before Christmas I’d bashed my knee, which I’d grazed slipping on a wet pavement back in November, ruining a pair of my favourite work trousers in the process. All I had to show for it was an innocuous looking scab that wasn’t healing very quickly. Then over the festive period I just felt not quite right, enough that I hadn’t eaten or drunk much of the usual holiday fayre.

The to-do list for the eleven day break forgotten, my get-up-and go had got up and gone. I’d managed the couple of days back at work after New Year and had gone to a friends birthday meal on Saturday, only out of feeling obliged rather than wanting to go. Several people commented that I wasn’t right and we left early.

Sunday and Monday I just stayed in bed. I had a banging headache, was increasingly sensitive to light, ached all over, even my hair hurt and was cold no matter how high the thermostat was set or how thick the duvet.

Monday afternoon a doctor visited and suggested more bed rest, painkillers and plenty of fluids, with no comment on what the problem might be. 2am on Tuesday morning we called the doctor again when I noticed a couple of spots on my neck when I’d dragged myself to the loo and glanced in the mirror. On closer inspection they were all over my torso. He hadn’t even put his bag down or taken his coat off before saying “ambulance, NOW”.

Then I was in excruciating pain, I haven’t felt anything like it before or since and neither had my partner’s hand. The senior doctor suggested the trainee remove the needle and try again. Same result, except this time I screamed “STOP, NOW”. How I’d  not moved I’ll never know. The senior doctor took over and was talking to me before I’d even realised he’d finished. I had gone through all that pain for nothing. I do hope the trainee improved his technique and went on to qualify without too many more souls suffering. Thankfully the results showed that it wasn’t meningitis.

After five days of two different intravenous antibiotics I was back home and a week later back at work. One doctor had nearly killed me by not recognising the signs of sepsis, another nearly paralysed me with his terrible lumber puncture technique but ultimately they had saved my life, for which I am eternally grateful as people are still dying from unrecognised sepsis thirty years later.